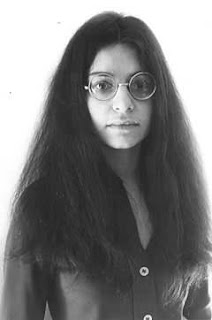 Shulamith Firestone, who died recently, did not use the words "youth rights feminism" to describe her worldview, but it was certainly the view of the world she presented in her second wave feminist class The Dialectic of Sex (published in 1970). Firestone was a radical who believed that what was natural was not necessarily human - she advocated for artificial reproductive technologies to free women from the burdens of biology and for contraception to give women more control over their bodies and their lives. (In particular, she supported the creation of artificial wombs and the abolition of pregnancy which she described as "barbaric.") She advocated for a classless society in which resources were distributed fairly. She spoke out against racism and called attention to the ways in which African-American men often failed to speak to the interests and realities of African-American women. She wrote about the ways in which women are conditioned to view culture through a male lens and thus lose the ability to authentically experience the world as women. But her most radical idea was probably the one that has been paid the least attention - that childhood in its current incarnation is oppressive to both children and women and must be radically reconstituted.

In the space of the thirty pages of the fourth chapter of The Dialectic of Sex, entitled "Down with Childhood," Firestone begins by seeking to prove that childhood as we know it is a social construct designed to serve patriarchal ideals. Drawing heavily on the work of historian Philippe Aries, Firestone traces the advent of contemporary notions of childhood to the rise of schools and the nuclear family. She then lays out the case for children as an oppressed class - she decries the age segregation and repression of educational institutions, bemoans children's economic powerlessness, laments children's sexual repression, and lambasts the educators, psychologists, social workers, and other adults tasked with managing children and their lives. She sees children as an oppressed class - one whose oppression rests in both their physical limitations and their enforced subservience to adults. Finally, Firestone connects the oppression of children to the oppression of women. She attacks the ideology of motherhood which stipulates that children are delicate flowers in need of constant supervision and identifies this view as serving the interests of the patriarchy, not the interests of mothers or children. She contends that the supposedly special bond between women and children is "no more than shared oppression."

Against the backdrop of a feminist landscape in which childfree feminists frequently resort to ageist attacks on children to justify their choices while other people tell women they're unfit mothers if they're not having natural births, breastfeeding for years at a time, and wholly giving themselves over physically and psychologically to their role as mothers, Shulamith Firestone's vision is needed now more than ever. In a world in which children are increasingly cut off from the rest of the world, where legislation and school zero tolerance policies affecting youth grow more restrictive and confining, and where the socially prescribed demands on mothers grow more onerous, where most American feminist activism on behalf of children both here and abroad is more concerned with paternalistically controlling young people than liberating them, Firestone's vision of an anti-sexist, anti-ageist society is a light in the darkness, showing us that there is a better way than the visions of childhood and the family presented to us by both the mainstream culture and the majority of third wave feminism.

Because of her radical vision of freedom for children and women (as well as poor people and people of color) Firestone will always be someone I have the greatest respect and admiration for. She was a part of the generation of feminists who bequeathed a legacy of greater reproductive freedom, more opportunity in the workforce, and a less constraining image of what it means to be a woman to people of my generation. While that work is far from over, we have come a long way from where we were and Firestone and many of other women (and a few men) from that generation are the main reason why. But youth rights is the unfinished business on Firestone's agenda where we haven't come that far at all - in fact, in most ways we have gone backward and it hurts not only children but parents (especially mothers) as well. That is the agenda of this blog and the cause I am the most passionate about.

On a personal note, Shulamith Firestone was one of the first thinkers on youth rights issues that I ever read. After encountering a number of misogynistic supposed youth rights supporters as well as many supposed feminists who were all too eager to deny the autonomy they cherished for themselves to those younger than they are, Firestone's work was a revelation. We've all seen the bumper stickers, buttons, and the like that say "Pro-Woman, Pro-Child, Pro-Choice." Firestone was truly all of these things in the most radical and liberating way possible. When I label myself and other pro-woman, pro-youth individuals as youth rights feminists, I see us as working in a tradition that starts with Shulamith Firestone. Rest in peace, radical sister.
Posted by Kathleen Nicole O'Neal at 5:00 PM

Welcome to The Youth Rights Blog!

Welcome to The Youth Rights Blog! My name is Kathleen Nicole O'Neal and I am so glad you're visiting! This blog is a place to read and explore radical youth rights theory - issues like education, the family, minors and the law, youth economic issues, intersections with other social justice issues, and much more! Content is updated regularly so check back frequently for new posts on youth rights issues.

Comments are heavily moderated at my discretion. There are many things which youth rights supporters can and will disagree on and many discussions our movement needs to have. That said, I do not wish to provide a forum for people whose fundamental ideas clash dramatically with those of us in the youth rights movement as there are already many such forums available to state such ideas and I do not wish for this online forum to be taken over by those whose ideas subvert the purposes for which I founded this blog.